Nelson Chan served as Chief Executive Officer of Magellan Corporation, a global leader in the consumer, survey, GIS and OEM GPS navigation and positioning markets from 2006 to 2008. From 1992 through 2006, Mr. Chan served in various senior management positions with SanDisk Corporation, a global leader in the flash memory storage market, including most recently as Executive Vice President and General Manager, Consumer Business. From 1983 to 1992, Mr. Chan held marketing and engineering positions at Chips and Technologies, Signetics and Delco Electronics. Mr. Chan is currently Chairman of the Board of Adesto Technologies, Lead Independent Director of Synaptics Corporation and a Member of the Board of Directors of Deckers Brands and Socket Mobile. Mr. Chan served as a director of Outerwall from 2011 to 2016 (and the Chairman of the Board from 2013 to 2016) when it was sold to Apollo Global Management and also served as a director of Affymetrix from 2010 to 2016 when it was sold to Thermo Fisher Scientific. Mr. Chan also serves on the board of Directors of several private companies. Mr. Chan holds a Bachelor of Science degree in Electrical and Computer Engineering from the University of California at Santa Barbara and a Master’s degree in Business Administration from Santa Clara University. 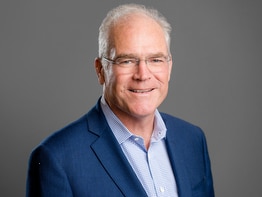