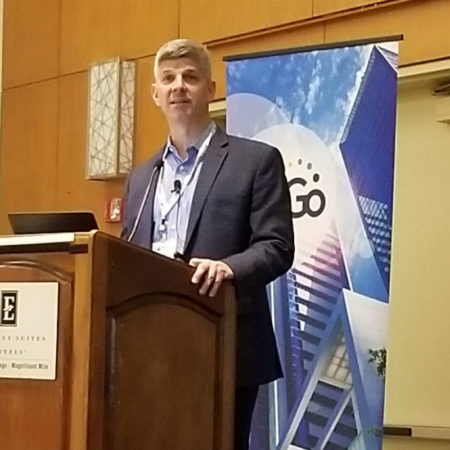 October 23 not only marked the first day of the CBRS Alliance October 2018 All Members Meeting, but the Federal Communications Commission’s October 2018 Open Commission Meeting where yet another shared spectrum milestone was reached.

The FCC adopted a Report and Order that modifies the rules governing CBRS in the 3.5 GHz band as a way to promote additional investment and encourage broader deployment in the band, ensure that the rules for this service keep up with technological advancements and help to maintain U.S. leadership in the deployment of next-generation services, including 5G.

Three years ago, the FCC created rules to facilitate shared access between federal and non-federal use of the 3.5 GHz band, which outlined three sets of users consisting of Incumbents, Priority Access Licenses (PALs), and General Authorized Access (GAA) users. PAL, in particular, has been one of the more polarizing debates within the CBRS discussion, creating several camps. There are those who want to license the PAL tier by census tracts, those who want to change the license size to a significantly larger geographic area called Partial Economic Areas, those that called for county-based licensing and those that want a hybrid of these zones. You can’t please everyone, so the FCC took the middle ground with these recent changes, which encourage more efficient and intensive use of the band:

The Commission worked hard to find a balanced compromise here. No one industry segment gets exactly what they wanted, and the interests of all segments are taken into account. For example, WISPs were lobbying for license sizes to be census tracts, and MNOs wanted large metropolitan areas. The compromise of county actually aligns with the fact that many rural services operate on county boundaries today.

The proposal also opens the opportunity for a fluid and vibrant secondary market for PALs, addressing the PAL needs for many Enterprises. The PAL rules state that the licenses obtained within a county must be used or they will revert to GAA use. This actually encourages PAL holders who aren’t using their licenses to lease them to property managers, building owners, campuses, and other enterprises, giving these properties a competitive edge in the market. There will be a streamlined, electronic leasing system in place so that these transactions can happen quickly, and the Spectrum Controller will be part of the process of issuing these electronic PAL licenses.

We see this as good news, closing the final chapter on all outstanding regulatory work by the FCC on CBRS. The industry can now put regulatory concerns in the rear-view mirror and confidently move forward on commercialization. And that’s exactly what we’re doing.

And the Winner Is: The Mobile IndustryJune 25, 2020
Our Home is Your Home – Welcome to my federatedApril 6, 2020
Wireless at Cloud Scale – Accelerating 4G/5G Private Networks for the Enterprise through AWS and AzureFebruary 18, 2020