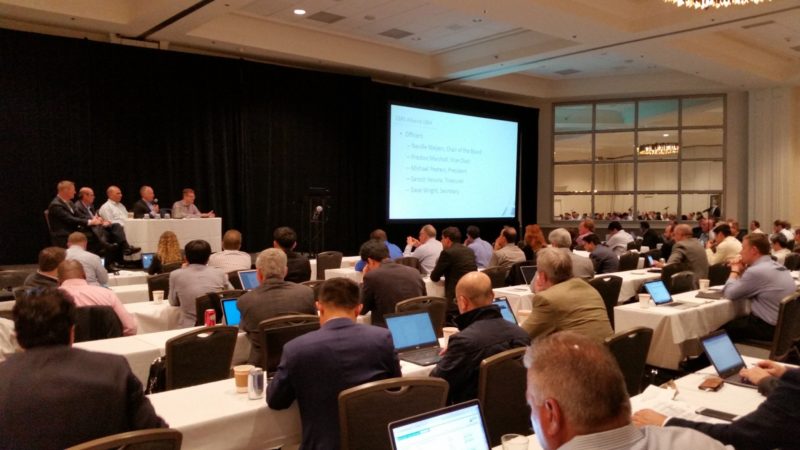 There’s been a lot in the news lately around momentum for the 3.5 GHz shared band. Having just returned from a CBRS Alliance members meeting in Denver where this was the main topic of conversation, I can tell you, momentum for shared spectrum is already very strong and is building rapidly.

Last week, our team met up with more than 100 representatives of the 40+ companies that make up the CBRS Alliance. What started in early 2016 as a commitment from select industry leaders to foster the development of LTE technology for the CBRS band has quickly turned into a broad industry alliance of passionate experts from leading wireless technology companies seeking to do much more. It isn’t so much about standalone products as it is about putting standards and processes in place to create a strong foundation upon which we can then make shared spectrum a commercial reality. Together, we are proud to represent the entire CBRS ecosystem, and we are now fully formed with all four U.S. mobile operators, top cable operators, tower companies, equipment vendors and chipset makers.

As the Alliance continues to grow, folks have been asking us about market readiness. I saw several live demos at the meeting and would say maturity levels towards commercialization were clearly evident. Nokia showed a demo of their prototype CBRS (Band 48-compliant) small cell. Ruckus’ CBRS LTE v. Wi-Fi demo showed a substantial performance advantage to LTE. Their 1 Watt small cell achieved phenomenal range and throughput. There were other good demos from ZTE and Accelleran, and the Juni’s demo of a Band 48 prototype MiFi device generated lots of interest. All of the over-the-air demos were accessing 3.5 GHz spectrum through the Federated Wireless Spectrum Controller.

What was just as exciting to witness was the interactive and energetic dialogue around the current model for the 3.5 GHz shared band. Strong interest has developed – across many market segments — in the current model. The existing three-tier SAS framework has numerous merits, perhaps the most important being the assured protected use of federal and commercial incumbents. It became clear during the course of the meeting that many companies are planning to make commercial use of the band later this year. Our own spectrum controller has been put to the test and will be ready for commercial launch later this year. We intend to support full CBRS spectrum access in the U.S. by the end of the year.

Overall, it was a productive meeting that further cemented the Alliance’s commitment to seeing LTE-based solutions utilizing the shared spectrum of the 3.5 GHz CBRS band come alive this year.