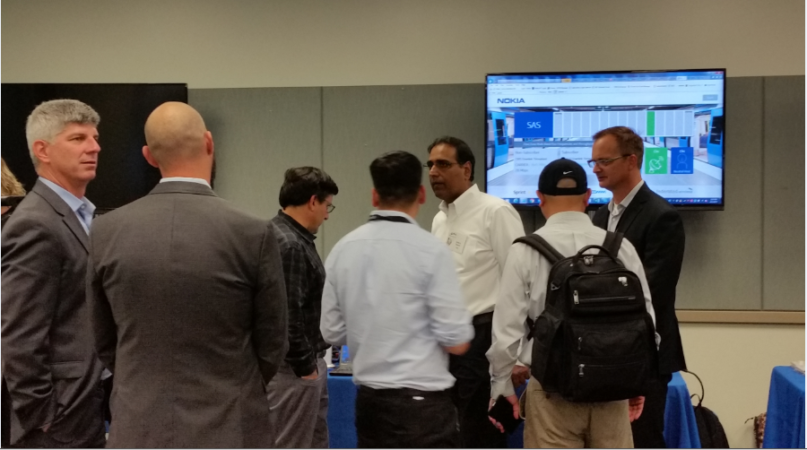 We certainly believe so. It seems another prominent voice in the industry think so, as well.

On August 1, more than 180 people came together to discuss the present and future of shared spectrum at the latest CBRS Alliance Members Meeting. Much like April’s meeting, market momentum was the topic of conversation and demos were all the rage. This time around, though, we had the honor of hosting FCC Commissioner Michael O’Rielly as our keynote speaker. He touched on their commitment to CBRS and progress on finalizing the standard, with just a few minor tweaks in the works.

A Word From Our Commissioner

O’Rielly stated in his keynote, “I can’t help but recall Arthur C. Clarke’s self-described third law, ‘Any sufficiently advanced technology is indistinguishable from magic.’ …CBRS may be on the verge of proving Clarke’s point.” Shared spectrum is set up to become a very real, extraordinary influence on the wireless industry, as it will provide cost-effective spectrum to extend wireless network access and scale where coverage is needed most.

O’Rielly also set out to abate rumors and speculation around deployment when he said, “I have heard concerns from some that the recent petitions filed at the Commission will mean that your tireless efforts will be undone, investment may be stranded, or that deployments will be delayed. That is not my intention, nor do I believe it will occur.” Hearing those heartening words was exactly what the CBRS community needed after much back and forth.

Following O’Rielly’s keynote, we moved quickly into demos, and Federated Wireless participated in several. Our spectrum controller managed access to CBRS spectrum for all live demos, including a joint demo with Sprint, Nokia and Qualcomm, and additional demos with Ruckus, Acceleran, Juni and Baicells. Commissioner O’Rielly expressed particular interest in the Sprint/Nokia/Federated Wireless/Qualcomm demo, which was not surprising since it showcased the maturity of the whole ecosystem coming together, from the Operator to the end user device. The energy and excitement on the demo floor was undeniable, and knowing that we will be ready to support full CBRS spectrum access in the U.S. by the end of the year was extremely motivating.

It’s hard to believe how swiftly the CBRS community has evolved into such an expansive alliance of experts committed to making shared spectrum a commercial reality. Soon the magic of shared spectrum will be experienced not just by the few working hard on it now, but the many who will benefit from it in the very new future. Stay tuned.